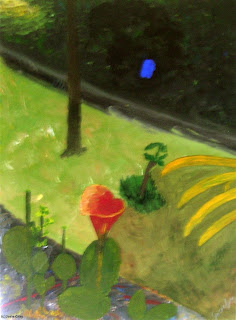 
"Cerise Press, an online journal based in the United States and France, builds cross-cultural bridges by featuring artists and writers in English and translations, with an emphasis on French and Francophone works. Co-founded by Fiona Sze-Lorrain, Sally Molini, and Karen Rigby in 2009, Cerise Press hopes to serve as a gathering force where imagination, insight, and conversation express the evolving and shifting forms of human experience."

One of the editors, Fiona Sze-Lorrain, is a frequent contributor to CutBank Reviews - read up on some of her accomplishments below.

FIONA SZE-LORRAIN (Greta Aart) writes and translates in English, French and Chinese. Her collection of poetry, Water the Moon, is forthcoming (November 2009) from Marick Press. Her work has appeared or is forthcoming in Poetry International, Alimentum, Caesura, Ellipsis and other journals. Non-fiction includes Silhouette/Shadow: The Cinematic Art of Gao Xingjian (Contours, 2007) and Critical Issues on Interculturalism (Inter-Disciplinary Press, 2004). Also a zheng concertist and theatre artist, she lives in Paris, France. Her website is

Fiona Sze-Lorrain is joined by Karen Rigby, an occasional contributor to Cutbank, and Sally Molini.