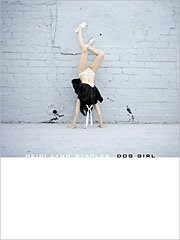 Acquaintance with an Asymptote: on Analfabeto/An Alphabet by Ellen Baxt 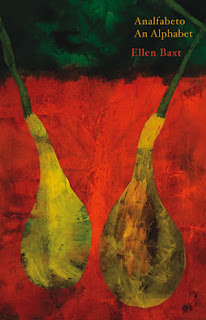 
Analfabeto /An Alphabet, the title of Ellen Baxt’s latest book, is a false cognate—also known as a “false friend”; it is a title that invites the reader into a rumination on sound, meaning, and relationships. Although “analfabeto” sounds suspiciously like “an alphabet,” this Portuguese adjective actually means “illiterate.” This contradiction is an apt introduction to Ellen, the narrator, writer, and English teacher, who, as a visitor to Brazil, is a linguistic other as she learns Portuguese and reflects on the oddities of idioms in her native English. “False friend” also describes the myriad people that Ellen meets during her stay—such as the man on the street who asks to kiss her (14) or the woman who asks, “I ring your finger?” (57). Ellen seeks solace in language play and “keeps herself company in her own language” (46) by writing in her notebook, often pondering false cognates and words and phrases that confound English language learners.

Analfabeto/An Alphabet is a unified series of poems or tableaux of the narrator’s visit to Brazil, including her encounters with the paradoxical landscape, the culture, the history, and her lovers. But this book is as much about the narrator’s relationship to English as it is a portrait of Brazil.

Most of the poems are very short, perhaps what we might call “flash poetry,” but they are evocative. There are no superfluous words; every word, every character has been deliberately placed. Even the blank space on a page takes on significance as Baxt employs a variety of structures and works with the geography of the page. One page, for example, bears only three lines of text, which appear at the bottom of an otherwise blank page: “Stay, you must to stay the night. The bus doesn’t pass. Goes only/ to Port of Hens, not the city. Do not worry. Tomorrow will/return you. Tomorrow” (35). The space at the top of the page may signify the time that has elapsed since the previous scene, or perhaps it is the unspoken moment of a sexual encounter with the speaker. The blank space enhances interpretive possibilities.

The snippets of text in Portuguese do the same. The text is inviting for Portuguese or Spanish speakers and for inquisitive readers who will not be discomfited by foreign words and phrases. Some of the Portuguese words are translated into English, but these meanings must be culled from the poetry. Readers who favor close-reading will want to find a good Portuguese-English dictionary.

The narrator combines phrases from English lessons and everyday conversations, often meditating on the sound, form, and elasticity of language. Some of the best interpretive spaces exist in broken English or between idioms and their literal translations (English and Portuguese) and between the literal translations of grammatical constructions that involve a change in syntax; this is because, as Ellen says, “Translation is not an equation. The equation is an asymptote” (65). The asymptote metaphor implies that even an accurate translation cannot replicate the shades of meaning found in the original. Like the curved lines of the asymptote, they can be infinitely close, but they will never be one and the same. It is in this infinitesimal space that Ellen finds poetry. In the following excerpt, she calls attention to the common metaphorical usage of “to bleed” in English, which cannot be accurately translated into Portuguese (“sangrar” means to bleed, and “secar” is to dry):

These lines suggest that words carry with them history, geography, and culture that cannot be translated.

As the poet experiments with the elasticity of language, the reader must stretch to the mind’s outer-limits to decode these texts. Interpretation, like translation, is an asymptote: even the best critical analysis will not yield a reading that replicates the author’s “intent.” Readers construct significance. There are, however, some cryptic passages in Analfabeto/An Alphabet that may puzzle the best of critics. Try this one: “When he heard the fox, he recognized this handwriting. Teeth/were reduced to ashes under the tugboat. I will tugboat this reduce” (66).

Well, it’s something to work on.

Ellen Baxt has published several chapbooks including Since I Last Wrote (Sona Books), Tender Chemistry (Sona Books), The day is a ladle (Press Toe) and Enumeration of colonies is not EPA approved (Press Toe). Her writing has appeared or is forthcoming in How2, the tiny, Saint Elizabeth Street and the Outside Voices Younger Poets Anthology. She lives in her hometown of Brooklyn, New York.

Charlotte S. Grider writes essays and fiction, and, on occasion, when her right brain breaks the left-brain spell, she writes poetry. Her work has been published in a few literary journals and in one anthology, Washing the Color of Water Golden. She also serves as a staff writer for a weekly newspaper, The St. Joseph Telegraph.
Posted by CutBank at 4:32 PM