Something Has to Happen Next

A teaspoonful of the matter that makes up a black hole would weigh more than the visible universe, and may weigh more than the un-visible universe as well. Black holes have little in common with contemporary American poetry, except for the fact that for most people, both are invisible. Some poets, however, have something in common with the phenomena: they are able to take a little bit from here, a little from there, and compress these bits into poems of few words that still carries the weight of something much larger. Andrew Michael Roberts’s Iowa Poetry Prize winning “book of small poems” (as he has called it) Something Has To Happen Next certainly contains poems short on words but big on the necessities of life — humor, liveliness, emotion, and profundity. Though this first effort at times feels ethereal, it quickly gains weight as the pages advance.

The white space between “time” and “bomb” acts as a buffer, slowing the countdown to the “bomb” going off:

and swallow, would you

The sexual allusion may or may not be there, but there is no escaping the fact that yes, there will be an explosion.

Other poems in the collection do not need the fireworks. An example is “the moon,” which in its entirety reads:

all the other moons

get their own names.

The obvious information here is reinforced by these two short sentences floating isolated against the white page. Roberts makes good use of the white space to create aesthetically pleasing poems. Not only is each line break perfectly placed, but the pacing is sure. Take for instance the next little poem in the collection “what i know of the moon”:

i am only half myself.

What is most interesting here is Roberts’s notion of the beauty of the dark side of the moon, the “dark idea” he likes “to believe in”. It brings to mind the duality of man, the need of that dark side to keep us whole. Striking too is the fact that the poem preceding it, also about the moon, is only half its size. It’s almost as if this half-moon has doubled its size to four lines and now is not just a reflection of the moon, but has become inward looking and no longer in need of a label in order to exist.

While Roberts is busy distilling the universe, the other 2008 Iowa Poetry Prize winner, Zach Savich, is carving out his poems from solid earth in Full Catastrophe Living. The “toothy stars” of Something Has To Happen Next are replaced by scrapings on exposed strata and the “smell of black walnuts crushed on the road” (“Black Walnut Adoration”). Like that smell, these poems are full and rich with a deep flavor of earthiness.

Savich likes to stretch out in poems like “Don Quixote,” “Fool,” and “Poem for My Wife If We Are Married” but it is in “Serenade " where this lengthening of line is most effective. While it is certainly not surprising to find Degas or Caravaggio turning up in poems, it is refreshing to find:

My friend the trumpet player emptied his spit valve onto pigeons.

He watched a woman climb onto her fire escape, nude,

her husband cursing form the window. I gave up on

the biography. I left the rave. Ann held her head.

Ann holding her head reflects nicely on the beginning of the poem, where indeed

In the painting by Degas, the dancer is not

on a cell phone, but holding her head. I left the museum.

Does this count as art- reflecting-life-imitating-art? Regardless, the final two lines clear everything up by leading us from a darkened room to one where everything is still obscured: “I put on some shoes I found on the bridge, then left the bridge. / Ann bruised. Her mom showed up. It was July.”

Throughout Full Catastrophe Living, Savich intersperses shorter poems and sonnets, nicely breaking up the denser texts. The short poems, however, never reach the level of the longer pieces. Perhaps it is the sustainment of image and metaphor in the longer pieces that works so much in their favor. Certainly, shorter poems like “Federal Case” are never given the chance to develop. Compared to Andrew Michael Roberts’ shorter pieces, and in relation to his own longer works, Savich’s shorter poems don’t hold up as well, don’t carry the same weight, and ultimately add little to the collection.

Both Roberts and Savich have put together volumes that are worthy enough to be read and may even require multiple readings. It is no surprise that both are issued through the University of Iowa Press — the Iowa Poetry Prize has definitely been showcasing exceptional work. If you happen to be the type of person who prefers to keep your feet on the ground while craning your neck to see the stars, it would be a wise decision to pick up both books. If you’re not that type of person, it would still be wise to track these down.

John Findura holds an MFA from the New School. A Pushcart Nominee, his poetry and criticism appear in journals such as Mid-American Review, Verse, Fugue, Fourteen Hills, No Tell Motel, H_NGM_N, Jacket, and Rain Taxi, among others. Born in Paterson, he lives and teaches in northern New Jersey.

Andrew Michael Roberts is the author of Dear Wild Abandon, selected for a 2007 PSA National Chapbook Award, and Give Up. His poems can be found in journals such as Tin House, the Iowa Review, LIT, the Colorado Review, and Gulf Coast.

Zach Savich received a BA in English from the University of Washington and an MFA from the University of Iowa Writers’ Workshop; he is currently in the MFA Program for Poets and Writers at the University of Massachusetts Amherst, where he is a teaching assistant. His poems and essays have appeared in such venues as the Colorado Review, the Beloit Poetry Journal, jubilat, Court Green, Denver Quarterly, and the anthology Best New Poets 2008. He is an editor at Thermos Magazine. 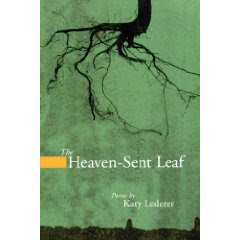