Sight Progress by Zhang Er, translated by Rachel Levitsky, with the author 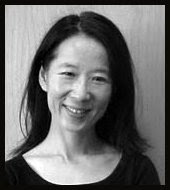 
The Emily Cheung's art on the cover of Sight Progress gives a useful indication of what poet Zhang Er means by "sight" and "progress." The image billows and circles, as though it is both rising above and surrounding three brightly colored "targets," each a nexus in itself. One of the billows is smoky, threatening to dissipate into the atmosphere, while another is a black outline, both better defined and more empty, ephemeral, than its counterpart. Thus it manifests that for Zhang Er, vision–-in both its literal and imaginative terms–-does not function in the mode of linear narrative, but like a rhythmic or melodic pattern, "a thin and tender female voice trailing, almost child-like as it drifts from the other shore as a white wave or mist, coming close, then closer, before slipping away." In keeping with that vision, Zhang Er's poems in this collection couple sharp (especially visual) perceptions with a tidal sense of forward movement and retraction.

The collection, a series of prose poems, makes maximal use of linearity implied in narrative and prose constructions. The language is direct and mostly quite plainspoken. Rachel Levitsky's translation seems right on the mark in this sense, as it abets the poems in doing their work without fuss or unnecessary adornment (though at times it might have been helpful to more strongly assert an idiomatic English syntax). Form and translation coalesce to underline the forward movement of prose even as the poems continually voice doubt at the possibility of such 'progress.' The tone of this writing is consistently controlled and never showy, yet the tension between forward movement and the aporia that places a drag on such motion slowly wraps around the reader to create a compelling tension. The poem "Today," for instance "Goes straight into history, to a day in the future when I'll look back on it. I'll remember how the sea rises, how the heavens condescend, and the moment they meet, a little cloudy . . ." The projective movement into the future is immediately turned on its head as the speaker, in a feat of the paradoxical, anticipates looking back on it. The seam of future and past meets only cloudily, or perhaps as a palimpsest, the writing of which recommences over and over, as in "Begin Again" when one must "Turn over the page, full with writing, begin again on the back with a new line." Here, the meeting of past and present acquires a literally and figuratively painful aspect, as the page flips and "an accidental slice, the hand bleeding again at paper's edge." Thus the tug between future and past, between affirmation and pessimism leads to the necessity of the present, a seam that is variously cloudy and cutting but is, in the end, all that we have. Zhang Er then refashions necessity as resourcefulness, "Only necessity, imagination's necessity, to stretch beyond the restriction of a lifetime."

The reader enters this poetry as a swirling current that moves with acuity, and even frequent pleasure, amid the material details of the world while the poems question what, if anything, moves at the center of experience: "It all happened here. Yet, nothing happens here." Coupled with that doubt is a muted yet insistent critique of the woman's role in society. Often this thematic thread is connected with Zhang Er's Chinese heritage, but opens outward as well to a pointed examination at the feminine in other realms– western religion or familial arrangements in which wives and daughters are expected to sacrifice themselves for the benefit of men. The aptly titled "Sacrifice," makes this especially evident. Zhang Er writes that the woman's "endurance, the drudgery, bearing the weight while abstaining . . . grows his career, social advance, wealth, not her fortitude." At a time when many younger women step back from allying themselves with feminism, even claiming (wrongly, in my view) that gender discrimination is no longer an issue, Zhang Er's certitude is bracing and admonitory: for a woman, "success is survival, not self-sacrifice."

A relevant peculiarity of these poems is that the sentence construction frequently effaces the subject (e.g. "One Just Divorced and the Other Just Married" begins: "Driving together up the rambling, circuitous mountain road . . ."). This may be an artifact of the poem's origins in the syntax of another language; I can't comment knowledgeably on this. However, the results mark the poems in interesting ways. Firstly, by omitting a subject, the reader is implicated in the process of the poem, becoming that subject; at the same time, identity or subjectivity emerges slowly, so that in the aforementioned poem, it only slowly develops that the protagonists are females traveling in Italy. There's a small shock at the end, when one of the emergent protagonists of the poem "notices everyone looking. At the two of them, the only women there." The absent subject is suddenly quite present, multiple, and female. It's a striking way to get across the continuing otherness of feminine experience.

The book works its own expansion and contraction through varying subjectivities, eras, geographies, and cultures. Zhang Er peers steadfastly into the details that comprise incident and meaning without forcing final conclusions upon what she's absorbed. "Like wind," she writes, "you can hear it, feel its very temperature, but you can't grab its form." At times, this elusiveness elicits feelings of oppression, terror, perhaps awe. To be a an untethered explorer of the world has its perils; "Out past the sight of shore you lose your direction, your focus/aim" and find yourself displaced, "lacking all anchor of support." The risk required here comes of that necessity inherent to survival. And it has its payoff, for in pushing at the boundaries, beyond the progress of what one can daily cull by sight, the explorer makes for a more elastic, if sometimes overwhelming, world. Zhang Er writes, "There is a saying,' Imagination needs room to make art that lives.'" Sight Progress offers a brave and honest engagement at the border crossing of imagination and survival.

Zhang Er was born in Beijing, China and moved to New York City in 1986. Her poetry, non-fiction writing, and essays have appeared in publications in Taiwan, China, the American émigré community and in a number of American journals. She is the author of multiple books in Chinese and in English translation. She has read from her work at international festivals, conferences, reading series and universities in China, France, Portugal, Russia, Peru, Singapore, Hong Kong as well as in the U.S. She currently teaches at Evergreen-Tacoma.

Elizabeth Robinson is the author of numerous books of poetry, including Pure Descent, winner of the National Poetry Series, Apprehend, winner of the Fence Modern Poets Series, Under that Silky Roof, House Made of Silver, and Bed of Lists. She has been awarded the Gertrude Stein Award for Innovative Poetry and a grant from the Fund for Poetry. She is co-editor of 26, a magazine of poetry and poetics, EtherDome, a press dedicated to publishing the work of emerging women poets, and Instance Press.
Posted by CutBank at 3:24 PM